Yesterday, when I was looking into some failed tests, I discovered a quirk of action. If you invoke an action and don’t pass in the arguments that are optional, it doesn’t mean this is going to come up as null in the execution context.

Below is the action I used to replicate the behaviour. 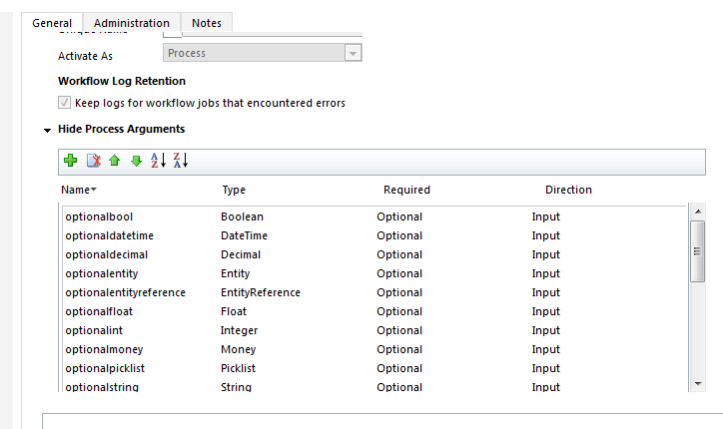 When I execute the action and don’t set any arguments, here is what comes through in the execution context.

The interesting things to note are:

This essentially means that if you are going to do some processing based on the action argument that is a primitive type (Boolean, DateTime, Decimal, Float, Int, String), don’t make it optional. For e.g. if you make a boolean argument optional, how would you differentiate between an action invocation with the argument set to false, and another one which did not set the argument at all?